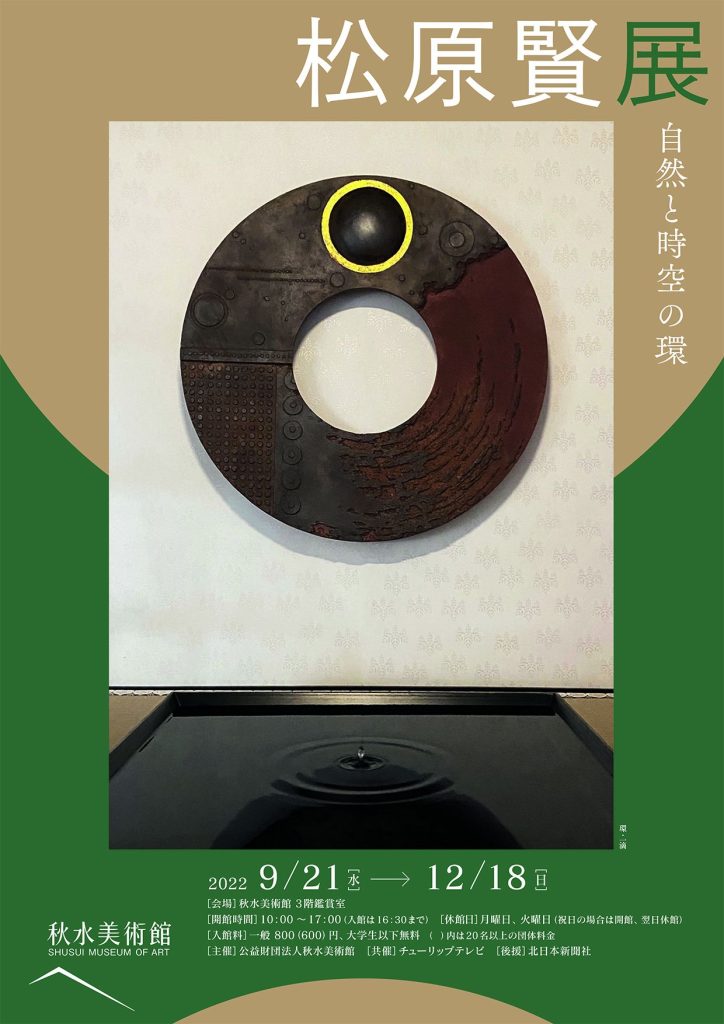 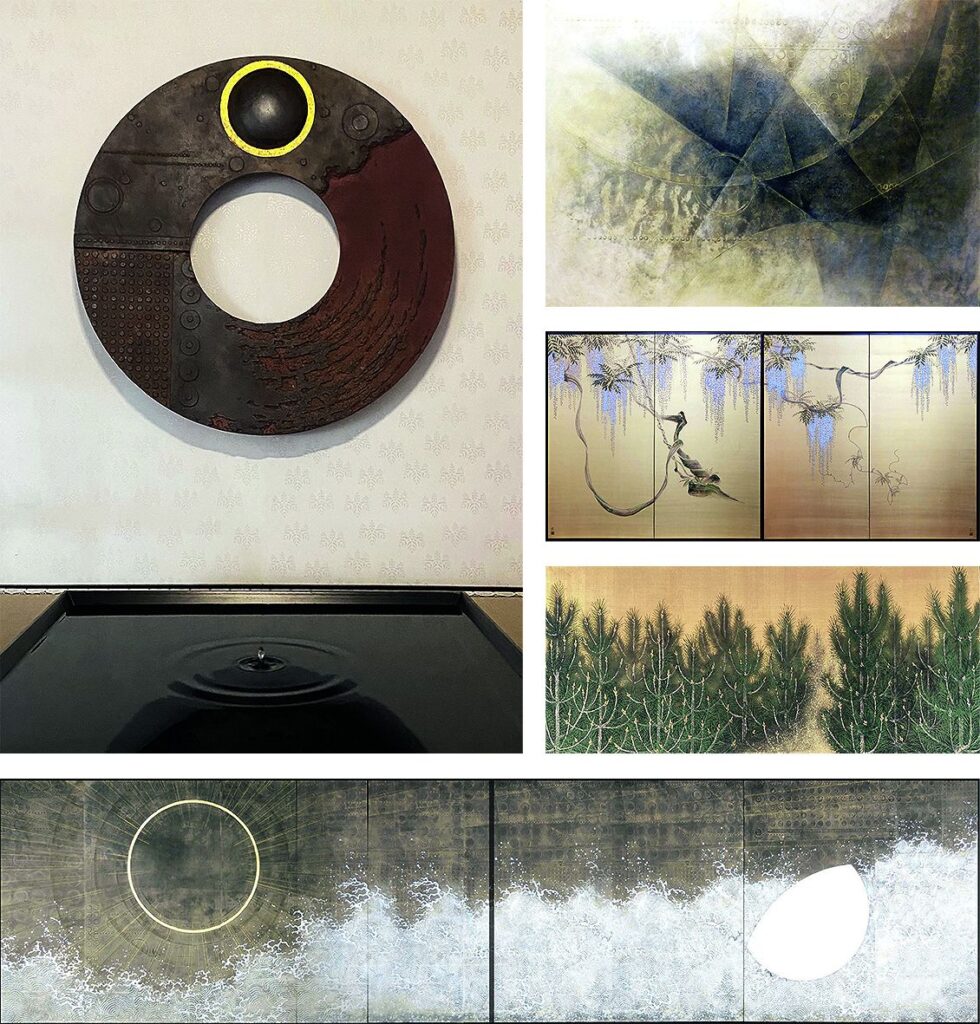 Ken Matsubara Exhibition Nature and the Wheel of Time and Space

Ken Matsubara was born in 1948 in Kamiichi Town, Toyama Prefecture, and has long maintained a studio in Nasushiobara City, Tochigi Prefecture, where he continues to create unique paintings and objects of art. Acclaimed as a Japanese painter, his pieces have been highly praised by the sculptor Isamu Noguchi and art critic Elise Grilli. From a young age, he studied under Inoue Sankou, and from his mid-30s he began creating abstract works featuring the theme of “sound.”

In 2011, he was commissioned by Seizou Hayashiya to create pieces for use in tea ceremonies. He chose the themes of “water” and “vista” to express the refined and dignified atmosphere of heaven and earth that cannot be seen with the naked eye. These works, which depict the inner voices of nature and the universe, were presented in a solo exhibition at the Ippodo Gallery in Manhattan, New York, in 2019. His works are also displayed at the Minneapolis Museum of Art and the Philadelphia Museum of Art, and have attracted inquiries from collectors in San Francisco, as well as famous overseas hotels.

In commemoration of the 50th anniversary of Ken Matsubara’s career as an artist, we are proud to present the deep charm hidden in his works, exhibited here in his birthplace of Toyama Prefecture.