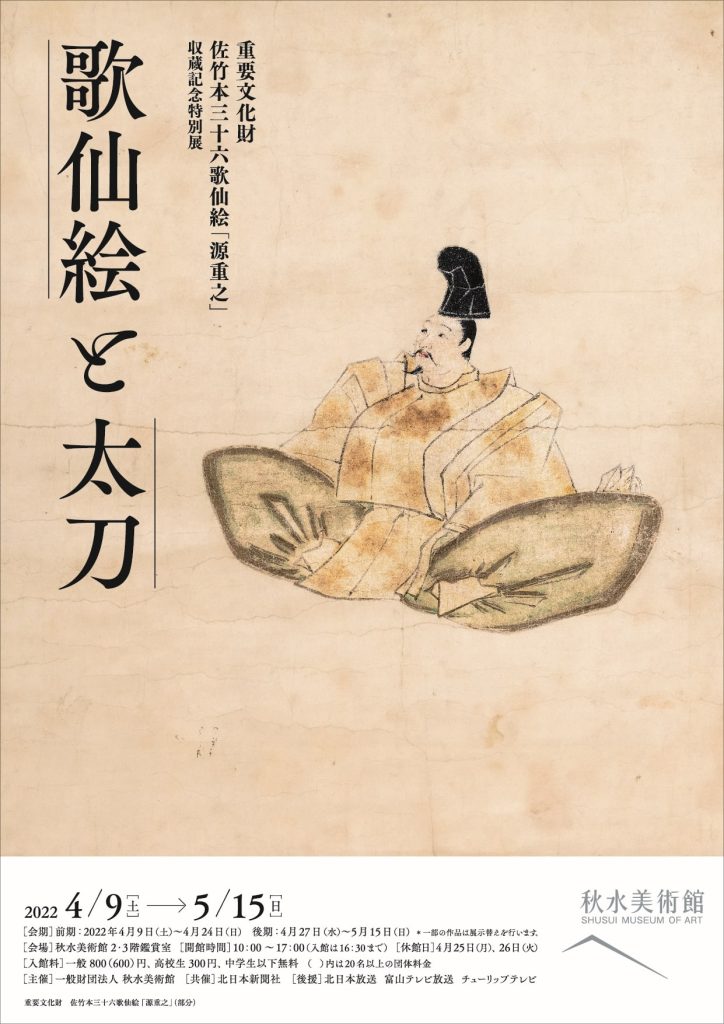 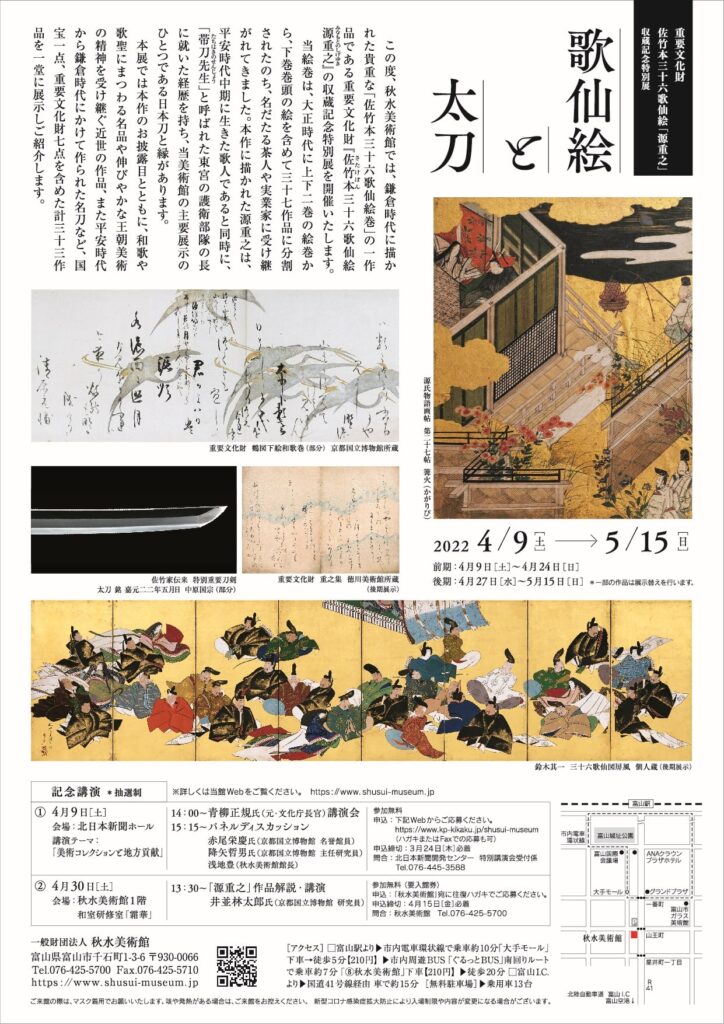 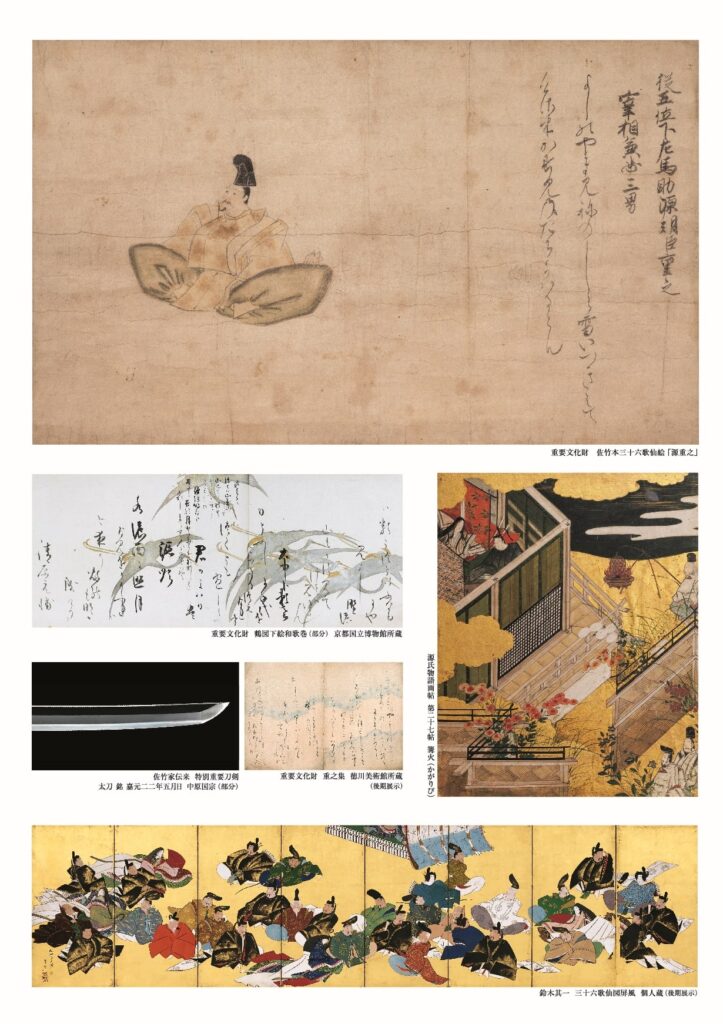 We at The Shusui Museum of Art are pleased to announce our acquisition of the “SATAKEBON SANJU-ROKKASEN EMAKI, MINAMOTO NO SHIGEYUKI,” or “The Satake Version of The Thirty-Six Immortal Poets, Shigeyuki Minamoto.” There are many different versions of the Thirty-Six Immortal Poets. Ours was owned by the Satake Clan, in Aikita Prefecture. It is an important cultural property and part of a valuable picture scroll painted in the 13th century.

In the Taisho Era, this scroll was cut and divided from two volumes into thirty-six works, and has been highly sought after and collected over the years, particularly by prominent business people and tea ceremony masters. Shigeyuki Minamoto, depicted in this piece, was a poet who lived during the Heian Period in the 10th century. He also served as “sword–bearing leader,” or head of the Imperial Prince’s bodyguard unit, giving him a connection to the Japanese swords collected in our museum. In addition to the unveiling of this work, this exhibition will introduce other masterpieces related to the Thirty-Six Immortal Poets, which have been depicted in numerous styles over the centuries, as well as famous swords created from the Heian to the Kamakura Period, the 10th-13th centuries.